Although the MDAQMD as we know it today has existed only since July 1, 1993, the agency’s roots date back to the 1950s.

In the early 1970s, residents and air quality officials in San Bernardino and Riverside counties grew discontented with the air pollution control efforts of their neighbors in Los Angeles and Orange counties. While most studies indicated that the high smog levels found in San Bernardino and Riverside originated in the western urban regions, Los Angeles County officials maintained they had no responsibility for remedying the air pollution woes of its neighbors to the east. This regional conflict escalated into a call for the formation of a regional air pollution control agency encompassing all four counties. In 1975, the Boards of Supervisors of Los Angeles, Orange, Riverside and San Bernardino counties entered into a Joint Powers Authority Agreement to form the Southern California Air Pollution Control District (SoCalAPCD), a short-lived regional agency.

Because membership in the SoCalAPCD was voluntary, any county could withdraw from the agency at any time. To avert this potential dilemma, California’s lawmakers passed legislation creating the South Coast Air Quality Management District (SCAQMD) on Feb. 1, 1977. Only those areas of San Bernardino County located within the South Coast Air Basin (SoCAB) – including the San Bernardino Valley – were included in SCAQMD’s jurisdiction. The SoCalAPCD remained in existence until Feb. 22, 1977, when the SBCAPCD was recreated, with exclusive jurisdiction over the desert portions of San Bernardino County.

Between 1977 and 1980, the SBCAPCD contracted out for the provision of air quality pollution control services. In 1980, the District became a fully staffed County division, governed by the Board of Supervisors. By 1990, the SBCAPCD had evolved into a full-fledged, self-sufficient County department. 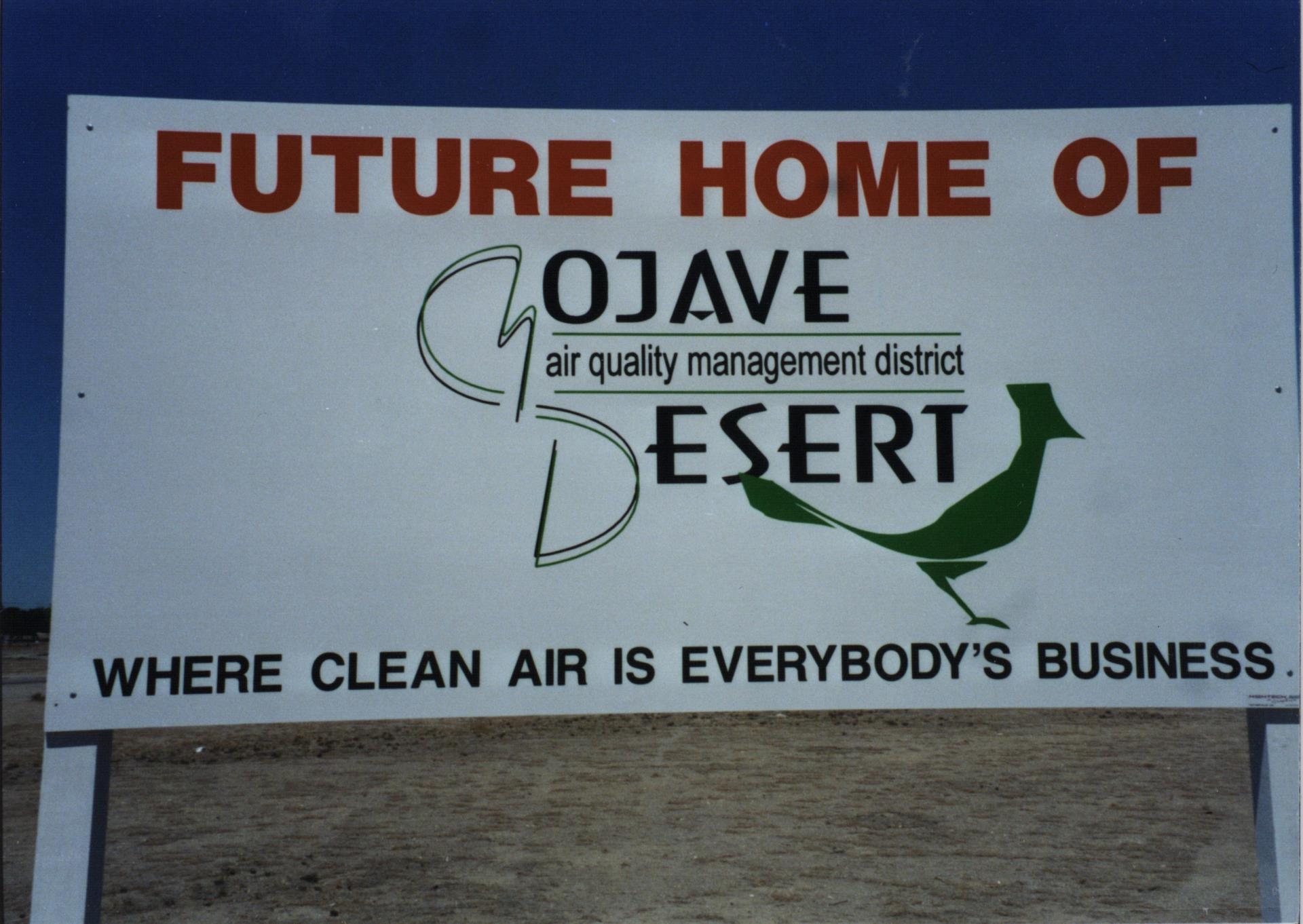 In order to more effectively address the High Desert's unique air quality issues, Assemblyman Paul Woodruff introduced AB 2522 in 1992. The bill’s subsequent passage separated the SBCAPCD from the County, effective July 1, 1993. Moreover, it allowed for the annexation of contiguous areas, and created an autonomous agency under local control known as the MDAQMD. With the annexation of Riverside County’s Palo Verde Valley in 1994, the District expanded its boundaries beyond San Bernardino County to become the regulatory air agency for nearly 600,000 desert residents District-wide.

Free viewers are required for some of the attached documents.
They can be downloaded by clicking on the icons below.