Registration has closed for 2019. Information about future exchanges will be listed here as it becomes available. 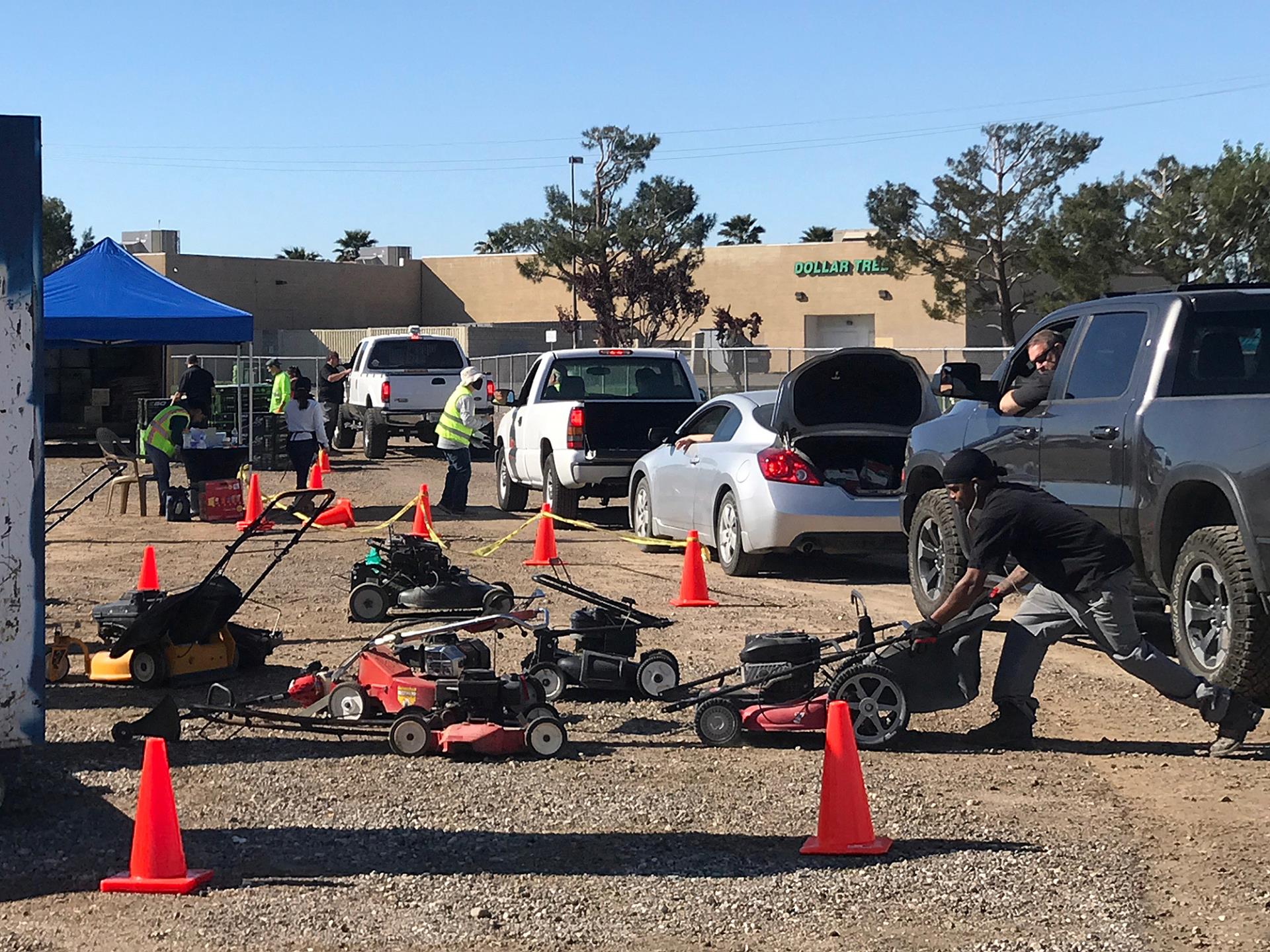 The 2019 Lawn and Garden Equipment Exchange, hosted by the Mojave Desert Air Quality Management District (MDAQMD), shattered records in its grant-funded single-day event by swapping more than 250 pieces of new electric equipment for the emissions-spewing equivalent for District residents Saturday.

Local residents at this year’s event eliminated approximately 19,458 pounds of pollutants merely in the exchange of lawn mowers alone. In addition, 72 trimmers and 42 blowers were also exchanged for their electric equivalents at a massive discount.

“This event has been growing every year and proves that even with the drought and xeriscape incentives from local water agencies, there is still a lot of gas-powered equipment out there,” said Brad Poiriez, MDAQMD Executive Director. “Many folks significantly underestimate the damage that can be done by the ground-level ozone this equipment creates.”

According to EPA statistics, gas-powered mowers contribute 5% of U.S. air pollution and estimates indicate more than 17 million gallons of fuel, mostly gasoline, is spilled each year while refueling lawn equipment. That’s more than all the oil spilled by the Exxon Valdez in the Gulf of Alaska.

This year’s event shattered the previous record set at last year’s exchange by 17 percent. With the growing success of the program, the District is looking at expanding to a second exchange in 2020 in the eastern portion of the District to serve Blythe and portions of the Morongo Valley.

MDAQMD is the air pollution control authority and permitting agency for the High Desert portion of San Bernardino County and the Palo Verde Valley in Riverside County. It’s governed by a board of 13 members representing nine incorporated municipalities and two counties within its boundaries. Visit mdaqmd.ca.gov or follow @MDAQMD on social media.