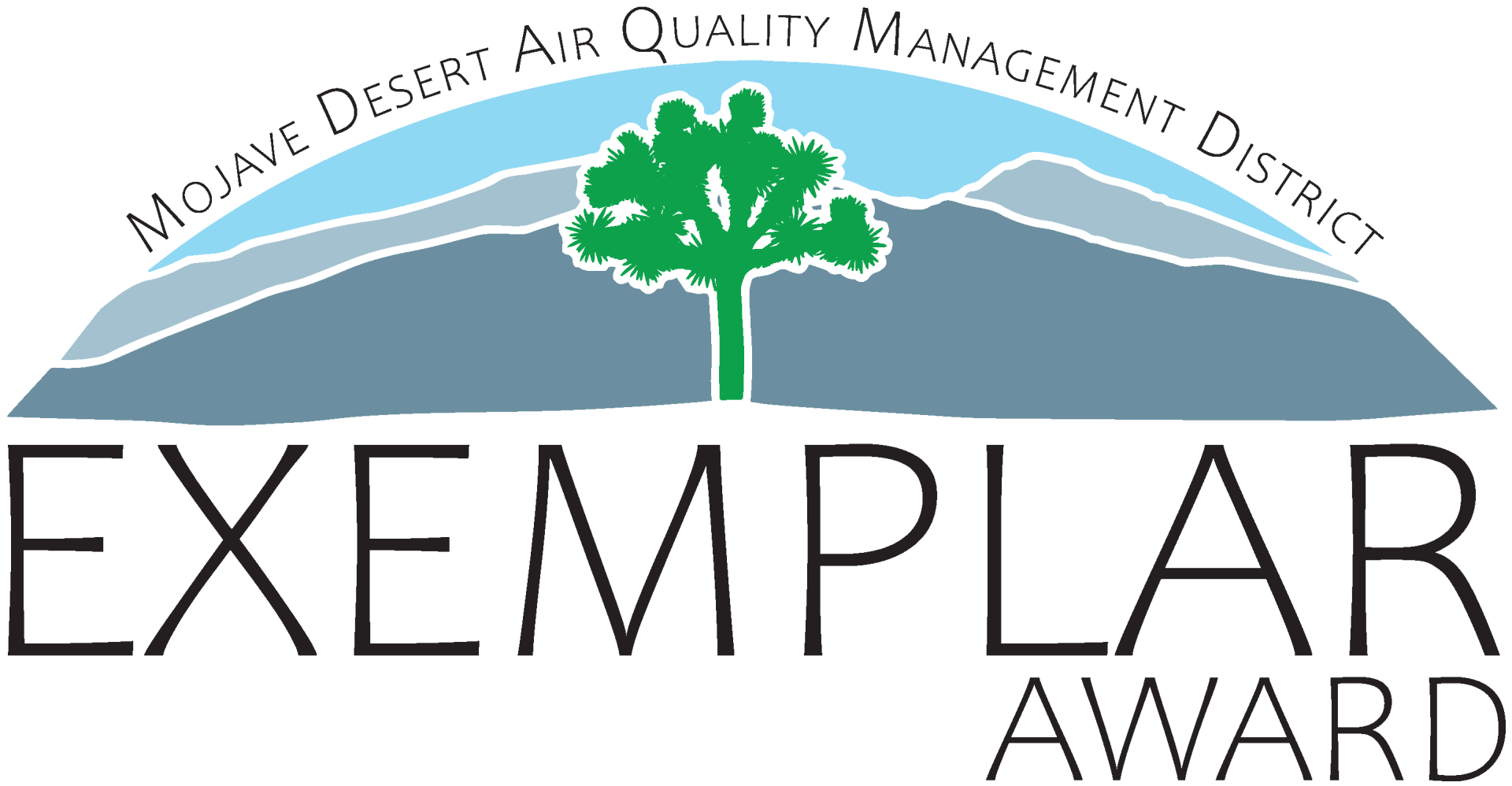 Eligible candidates include local businesses, industries, schools, organizations and individuals who have demonstrated an exceptional commitment to clean air through the development of voluntary air pollution reduction and/or prevention programs.  Nominated entities must be located within the MDAQMD’s boundaries – which encompass the High Desert portion of San Bernardino County and Riverside County’s Palo Verde Valley. Nominated individuals must reside within the MDAQMD’s boundaries. Candidates may be self-nominated or nominated by a second party.

The nomination period is generally open from June to August each year. 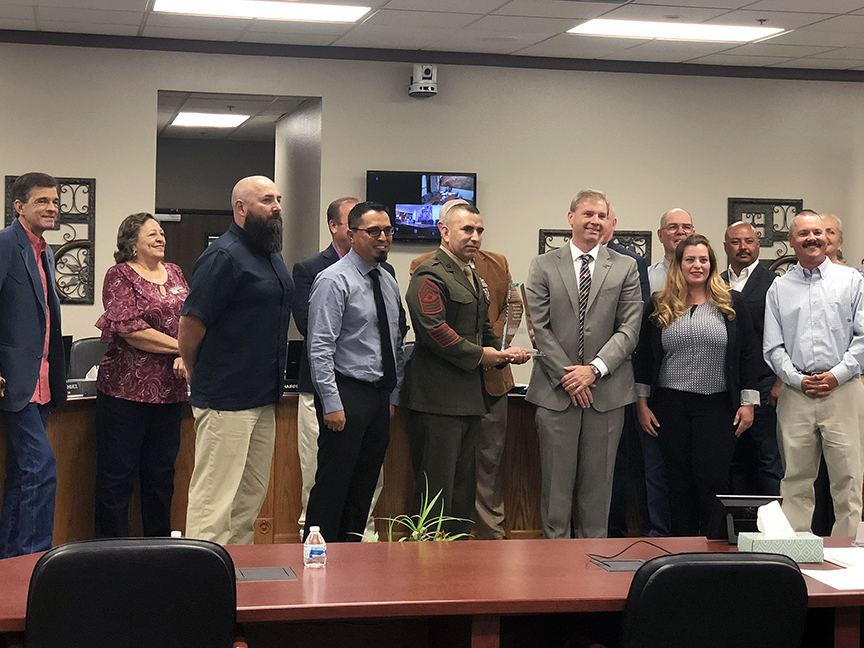 The Exemplar Award is the District's highest honor for outstanding contributions toward the prevention or control of air pollution given to one organization in the MDAQMD’s 20,000+ square-mile jurisdiction through a public nomination process.

“MCLB Barstow has not only been compliant, but has been proactive in seeing what they can do to further reduce emissions, and always preemptively ensuring that they are meeting all current permit requirements,” said MDAQMD Executive Director Brad Poiriez, who presented the award to Base Sergeant Major Martinez-Ruiz.

A High Desert military base which utilizes “green energy” to fulfill more than 60% of the 704,000 acre installation’s year-round electricity requirements and 95% during winter months was recognized in September 2017 by the Governing Board of the Mojave Desert Air Quality Management District, as the local regulatory agency presented its 2016/2017 Exemplar Awards to the Marine Corps Air Ground Combat Center in 29 Palms.  The MDAMD’s top award was accepted by Colonel J.D. Wylie, AC/S G-4, Installations and Logistics.

MCAGCC was recognized for leading the United States Marine Corps in the production of “green energy” through implementation of the largest on-site cogeneration plant in the system and one of the largest federally-owned solar arrays in existence.  During the winter, exhaust from the7 MW plant’s turbine exhaust is captured in a heat-recovery generator to supply heat for approximately one-third of the base’s central heating plant, which produces a total of 16.4 MW of electricity for the installation.  In addition, the Combat Center currently has more than 54 smaller solar systems installed on sunshades, rooftops and on the ground, and 1.25 MW and 1.5 MW single axis tracking ground solar arrays.  Combined, the solar panels can produce more than 8.6MW annually and generate more than 5% of the Combat Center’s total electricity requirements.

In 2008 Operation “Dim the Lights” was put in place to conserve energy and reduce MCAGCC’s night-sky imprint. Since that time, more than 4,000 fixtures that direct beams downward instead of out have replaced outdated lights, and solar pathway lighting is being used for jogging paths.  Approximately $600,000 in savings per year is the direct result of light fixture-related energy conservation.

MCAGCC’s one-of-a-kind recycling program collects and processes residential and commercial solid waste as well as combat waste.  As an example, ammo shells and metals are melted down into solid block which is then recycled and reused in the community. As much as 1.1 million pounds of hazardous materials and more than 8,149 tons of solid waste are recycled each year by MCAGCC, generating more than $1.9 million in annual revenue. This revenue is returned to the recycling program and used to educate the community on recycling, as well as for Morale Welfare and recreational projects.

As a result of MCAGCC’s green energy projects, 89,000 tons of greenhouse gases emissions have been reduced from stationary and mobile sources, fugitive and process emissions, and purchased electricity, which represents a 6.4% reduction from 2008 emissions.  Moreover, the implementation of green energy projects and sustainable practices at MCAGCC has resulted in more than $9 million in annual savings, since 2003.

“The MDAQMD is proud to salute MCAGCC for protecting our freedom while simultaneously protecting the air breathed by the 550,000-plus residents of the Mojave Desert,” commented MDAQMD Executive Director Brad Poiriez, who also commended the Combat Center for “the exceptional steps the Marines have taken to reduce greenhouse gas emissions and effectively reduce traditional energy uses on base.”